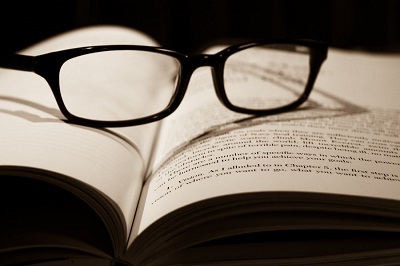 I’ve just spent 20 minutes trying to understand why the ‘a’ and ‘to’ in my title couldn’t be in capital letters too. Why is English so damn complicated?

As you can see, I have started this with an irrelevant complaint so, this whole post is clearly not going to make any sense. Get out while you still can. Shut your laptops, close your browsers, disconnect your wifi. Lol is life ever even that serious?

Is life ever that serious?

These past few months have been the best months of my entire existence. If that sounded like a lie, you are not alone. It sounds like a lie to me too but I’ve already put it out into the universe. I can’t take it back now. Just like how I can’t take back a lot of things that I have done, said and…eaten. Lately, I’ve been eating a lot and it’s really distorting this beautiful temple of mine but, that is besides the point of this post.

So I asked a question earlier on: is life ever that serious? I’d like if you could take a few minutes to think about this and give me an answer down below if you can. After that, I’d like for you to put that thought to the side as that is not the main focus of my post today (although, I would love to address this at some point).

For a while now, most of my thoughts have been focussed on the things that I wish I could take back. If you know me, you’d know this is absurd as I’m not one to regret or wish for a different outcome in any situation. I pretty much just accept my fate and keep it pushing. ‘keep it pushing’…my life motto. For some reason, things have been different.

You would assume these things I regret doing were important or at least a big deal but, far from it. I would list a few things that I wish I could take back below

Can you tell that I am clearly running mad?

The day that I stopped trying to dwell on my misfortunes or change the outcome of my actions was in primary three. My mummy had just bought me two pairs or earrings: studs and loops. Now it was easy to remove the studs from the cheap plastic packaging, I did that quickly. The problem was the loops. I struggled for so long and then decided to bend these loops backwards so they could slide out of the packaging. Smart right? That’s what I thought too until I realised I had completely distorted the shape of my new earrings. My mother was going to send me back to heaven when she found out.

I had spent the night crying my heart out and begging God to take back the clocks so I could undo my mistake. I even convinced myself that He agreed to that and when I woke up the next morning, I would get to relive the previous day again. LOL. I’m going to teach my children science from a very early age so they aren’t as ignorant as I was.

The next morning, my mummy asked for my earrings and I went to put on my studs. Not once did I mention my distorted pair of loops and here I am, alive and well because I kept that little secret to myself. I had to force myself to deal with the fact that I messed up my earrings and just move forward without playing the scenario over and over again in my head.

So, from an early age, I had convinced myself that if I ignored the consequences of my actions and focussed a greater goal (making my mother forget she gave me two pairs of earrings), everything would just go away. But, I’m looking at these fairy cakes I bought from sainsburys and they’re not going away.

I am currently half way through my coursework and felt the urge to write something. Maybe it’s stress or boredom or my own form of distraction. Maybe thinking about these irrelevant things is my way of stopping myself from dwelling on the real problems that I face: my unfinished coursework. All I know is these piano instrumental songs have me feeling all kinds of fake deep. So, I took a break off studying to write this.

How do you deal with your own regrets?