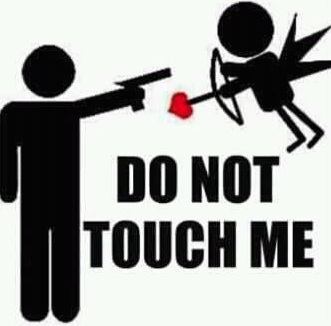 The first time I wrote a post titled the 8th of May was on the first day of my first ever relationship. It was one of the most unconventional events ever and I wasn’t sure how I felt about it so, I ended up writing something sad which I would link HERE. I was 17, uninterested in boys or feelings or commitment but I wanted to prove to myself that I could succeed at being in a relationship. I could succeed at anything. So, I got into a situation with someone I didn’t feel a thing for because hey, we can learn to love anybody right? That is absolutely right but, it is also one of the least smartest decisions I have ever made and for the wrong reasons as well.

Wouldn’t this be an exciting post if I spoke about all the horrible experiences I went through? Tempting but, I only do that with my girlies when we’re laughing at the dumb shit we’ve done for guys. Opening up is a lot easier when it’s for banter. Also, I generally don’t talk about certain things because my coping mechanism involves not processing the bad situations that I have been in. They just get pushed to the back of my head where my other semi forgotten memories live. That way, I can’t speak about something that I haven’t even thought about yet.

It’s been four months since I walked away. Four months since I took my leash off and ran astray. How poetic, four months before the big four year anniversary and I’m still anticipating the day I break down. You know, mourn the end of my love experience. Have the ‘My life is a mess, I am so depressed and nobody would ever love me’ kind of cry. The tears that bring you down to your knees, head on the floor and arms wrapped tightly around your belly because it hurts all over and there’s no one else to hold you. The sort of tears that keep flowing, it seems like they’ll never stop. These moments where you just shout inaudible gibberish because you can barely process your thoughts let alone make sense out of them. There’s no real reason for these tears. It’s a combination of different events that happened over the years so you feel stupid and weak and helpless and that makes you cry even more. Y’all know the feel? No? Well this is awkward.

This whole thing is new to me because my idea of post-breakup life was very different to what’s actually occurring. I had assumed I’d be somewhat upset. Probably running into the arms of men who don’t deserve me, aiming to elicit some sort of comfort. I was really scared of becoming that woman who couldn’t wait for a man to ask ‘are you okay’ because that would be just another opportunity to speak about all the pain I’ve been through. Maybe break down so he could see my vulnerability and want to love me for that.

Regardless of how distant I sound about my previous situation, I acknowledge the ways in which it has changed me as a person…like every experience tends to. So far, I have successfully pushed away anybody who seems like they have intentions of staying in my life for an extended period of time especially if I like them or connect with them on a different level. I have become extremely dismissive and difficult in so many aspects. I have managed to singlehandedly build up this impenetrable wall that’s supposed to protect me from the men that are scum but it keeps me guarded when I don’t have to be.

The worst change yet is my inability to stop myself from reacting to certain statements. So for example, say I was married to a man who simultaneously called me ‘stupid’ while beating me. I would always have a negative reaction to anyone who says ‘stupid’ or anything that remotely sounds like it around me whether it was intended to be a joke or not. So, for me right now, I cannot handle certain statements that sound like something I was used to hearing for negative reasons and that’s made so defensive. I’m so quick to say “what do you mean by that?” in the fiercest way possible. Or I keep quiet and make mental notes. This sucks because sometimes, I know that’s not what said person means mais, ce la vie.

Anyway, that summarises the boring aspects of my newly single experience. If I was to pick a song to describe where my head’s at, I’d pick ‘Give me something – Emeli Sande’. The part where she said “see I just want to feel, I mean really really feel it all” is me right now. Nonetheless, I am significantly happier and I wouldn’t trade this for anything in the world.

The first time I wrote a post titled the 8th of May was on the first day of my first ever relationship. So I thought it was only right to write a second one to commemorate the end. Happy bye-nniversary Dawg.